The Double-Standard Dilemma: Part I

Jennifer* was a convert Muslimah. Though she had only recently reverted to Islam, she was always a modest young woman, trusted wholly by family and friends.

About a year after her reversion, she met Ali*. He was a few years older than Jennifer, but since she had always been an “old soul” she was okay with the age gap. After meeting with him a few times, under halal (permitted) conditions, they agreed to marry. She had asked him every question that came to mind about their respective roles as husband and wife, but because of her conservative pre-marriage lifestyle, Jennifer assumed the basic routine of day-to-day living would remain generally the same for her.

One evening Jennifer made plans with a friend for dinner. Prior to going out, she let Ali know her plans, as he was also going out with…

Last week we met Ali and Jennifer, a newly-married Muslim couple hailing from opposite sides of the globe.

Ali and Jennifer were caught in an issue that often arises in new marriages of the Islamic persuasion: the double-standard. Specifically, that men are often held to (or hold themselves to) different customs, traditions, rules and expectations than women are – within their families, within their societies and within marriages.

As previously discussed, the first way the ridiculous double-standard appear in an Islamic marriage is through the unequal expression of anger. For more about this, please check out Part I here.

The second way double-standards pop up in marriage is through the concept of working – both inside and outside the home.

Working Inside the Home

If you are looking for a super healthy hearty dinner, look no further than a  Vegan Shepherds Pie! I’ve wanted to make this recipe for a while but it has been on the back burner. The weekend is always a good time for me to try out new recipes 🙂

It is He Who sendeth the winds like heralds of glad tidings, going before His mercy: when they have carried the heavy-laden clouds, We drive them to a land that is dead, make rain to descend thereon, and produce every kind of harvest therewith: thus shall We raise up the dead: perchance ye may remember. 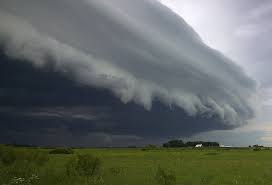 I’m a cloud not aimlessly drifting in the sky but gently being guided in the vast sky of Allah. For I have a purpose and together with my sisters I will achieve a humbling legacy that will benefit all those it is blessed to touch, same way as rain blesses the parched earth and calls forth from it abundance that beautifies and nourish as well as enrich in a variety of ways. And just like the clouds pass away so…

Faith is a worth gift from Allah. We cannot buy it in markets or any places (I meant, faith is not a commodity), nor from the righteous parents. I have ever read and watched from any medias, a few Muslims sold their faiths and changed by dunya. Prophet Noah Alaihi Salam couldn’t give faith and hidayah to his son and his wife. Our prophet Muhammad SAW couldn’t  give faith to his lovely uncle Abu Thalib. Prophet Luth couldn’t give guidance to his wife. Hidayah and faith are Allah’s authority only.

When we get faith, we should keep it, and pour it with good actions, so our faiths will increased, more and more.

Is there unbeneficial faith?

Yes, there is. Pharaoh’s faith is one of it. Allah has told about Pharaoh and his arrogance in Holy books in many…